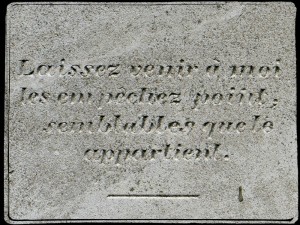 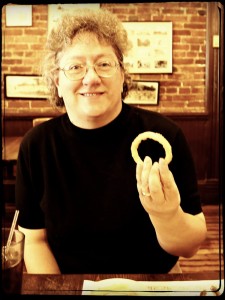 Last week, my husband and I watched the movie The Awakening, which takes place in Britain in 1921. Although it’s a ghost story, it’s more atmospheric than creepy  One of the most interesting things about it, though, didn’t really become explicit until we watched the DVD extras.  In it, Juliet Nicolson, author of The Great Silence, mentions that, during World War I, the British government made the decision not to ship bodies home because the sheer quantity of fatalities made the logistics too difficult. Those who died were buried near where they fell, assuming their bodies could be found at all. This made the emotional states of the movie’s characters come into much sharper focus, because it clearly showed why they were stuck emotionally, unable to move on after the war (“we’re ghosts of ourselves,” one of the characters says).  The movie’s ghost itself is real, and not just a trick of the mind, but what makes him visible is the unbearable psychological toll the war has taken on the living characters — a toll that frequently threatens to break them, but which they do not speak about.

I realized, in 1921, Britain was a nation that had not been able to complete the rites of passage for the ones they had lost.

Significant milestones in someone’s life (including their death), are generally dealt with by family, friends, and society as a whole by rites of passage.  Rites of passage are often divided into three stages: rites of separation, rites of transition, and rites of incorporation.

Rites of separation begin the process by severing the individual from their previous identity. Shaving of the hair when entering the military would be one of the more obvious examples.  Rites of transition are those that take place while the individual is neither one thing nor another.  In the case of death, this time would be between the bodily death of the individual and their social death.  Rites of incorporation, such as burial, complete the individual’s new identity.  Without rites of incorporation, the individual never truly finishes their journey through the rite of passage, nor does anyone else.  A husband may officially be listed as killed in action, but without a body to bury, his spouse remains, psychologically and even socially, in a liminal state — not quite wife, but not quite a widow, either.

Britain in 1921 had over three quarters of a million dead whose families and friends had not been able to steer their way through this rending rite of passage.  An entire nation reeled under the weight of the unincorporated dead, which kept the end of the war from being quite the celebration everyone had assumed it would be.  Nicolsen quotes one person as saying, “I think it [peacetime] will require more courage than anything that has gone before. …One will at last fully recognize that the dead are not only dead for the duration of the war.”

Slowly, Britain stumbled through at least some healing.  The first anniversary of the end of hostilities was met with two minutes of silence across the entire country.  The second anniversary was used to place an unidentified soldier’s body in the Tomb of the Unknown Warrior in Westminster Abbey.  By finally having at least one burial to stand for all the rest, the British began to find a way forward, out from underneath their “great silence.”